Many years ago, when daughter #1 was still being carted around in the plastic contraption we called the rocket seat, we would go out to dinner with our then childless friends, M and S, and drool over all the places we could explore once our parental responsibilities had lessened. But then daughter #2 came along, and M and S had their own equally charming off spring and those days seemed to get further and further away.

Oh, there was the moment when we thought there was a possibility of a two family trip on a Russian icebreaker to see an eclipse in the Arctic Circle. S, who is an amateur astronomer, had seen an ad in one of his magazines that suggested such an adventure could be had for the sum of $1500 a person. Unfortunately, in the cold light of Monday, he realized he had ignored the extra zero in the price.

A couple of years ago we did all make it to St. Augustine for a long weekend to see The Gentlemen of the Road tour (Mumford and Sons etc). A great time, but aside from the paint powder extravaganza shown above, it wasn’t what you would call a particularly adventurous weekend.

Althugh we have yet to convince the Friends that they too can reach summits we have all decided to spend several days in early March in Iceland. The plan started because at that point – for some unknown reason – there was a straight through flight from Sanford, Florida to Reykjavik on Icelandair. We were also all under the impression that Iceland was located closer to where Greenland is and there would be a minimal time difference, making it a good long weekend destination. We’ve now determined there is no direct flight and it is a five hour time difference but we are going just the same. I also bought husband J a globe for Christmas.

I have little idea about Iceland except for an early episode of Anthony Bourdain’s first series, No Reservations, but trips with no expectations are sometimes the best. And I am confident that we can get M and S onto a glacier – at least for a little bit.

So now when I’m training for the June trip to climb Cotopaxi and Chimborazo at least I have something else to occupy myself with – the 7 mile run yesterday was a lot more fun when I thought of volcanoes, hot springs and ice. I decided to ignore the dried cod.

In passing, I’ve previously mentioned a fear of heights – in fact, it played a role in the decision not to climb the Grand Teton. I’ve downplayed it to avoid the inevitable queries about why someone with any such concern would decide mountain climbing was for them. But occasionally that fear rears its head again, like the proverbial dragon waking up in its cave. And I realize that each time I set off for a new summit, vertical drops provide their own very special form of challenge (or torture).  It goes back to kindergarten when on my way to the second floor of the building I somehow slipped between the steps of the fire escape style metal staircase, just catching myself before I fell. I was a skinny child. I didn’t say much to anyone about it, but I remember it to this day.

Year later, when I was about 13, my family made a trip to Grandfather Mountain in North Carolina, where my father walked my brother and me over the swinging bridge that crosses a gorge several hundred feet below. I still have never told anyone how completely paralyzed I felt on that bridge, but one of my repeated anxiety dreams (aside from the one where you have to take an exam in a class that you forgot to attend) is of being on a high, narrow bridge with no rails, unable to move forward or back.

So, yesterday when my husband (now known as J) and I decided the time had come to clean the skylights on our house, I clambered up the ladder after him. (The roof really is a bit steeper than the photo shows.)  As soon as I put my foot down on the sloping roof every fear I’d had was triggered – what in the world would prevent me from simply sliding right back down and onto the patio below. I started to think about the angles of Cotopaxi – and, if we do it, Chimborazo – and thought, well, if you’re having a hard time on your own roof top you aren’t going to do very well there. So I took a deep breath, trusted in the grip of my tennis shoes, and bribed myself with the promise of the great view I would have of the neighborhood and everyone else’s backyards.

And it worked. By the time we were done I was skipping around on the roof – if not like a mountain goat at least like one of those mules that go up and down the Grand Canyon.

But, you know what? Last night I still dreamed about walking on a narrow ledge at the very top of a multi-level mall. I had to hold on to some sort of rope and half way along the ledge drop one rope and pick up another. I did really well on one side of the mall, but when I had to cross the ledge on the other side, I found myself saying to the anonymous, but stern, guides, I’d just prefer to do this tomorrow.

Still some work to be done before Cotopaxi!

Last night we went to a combination birthday/retirement party for a dear friend. Among other presents – was an URN. Not an urn for a plant, or to carry water or wine, and it wasn’t even Grecian – rather it was the repository for ashes after the inevitable end. And what made it even more remarkable – it was a USED urn. I did not inquire too deeply of the circumstances that had led to the removal of one set of ashes and the apparent preparation for another occupant. 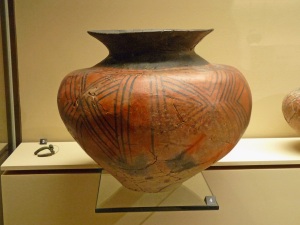 Tonight we had dinner with another old friend who was singing the praises of the Galopagos Islands. And one of my yoga buddies wore his Galopagos Islands t-shirts to yoga today.  What I haven’t mentioned before here is that Chimborazo isn’t our only possible trip extension – Galopagos is there also.

Connection with urn? Back to the only live once phenomenon. On the urn – as John Keats told us – the characters are immortalized in time and art. The husband and I clearly aren’t going to be. Life is now or never. So now we’ve added a third decision point – we KNOW Cotopaxi is in – I have already submitted my application although the husband is dilly dallying with his. But now – no extension, Chimborazo – which would stretch mind, body and soul, or Galopagos? I should be happy to have such first world problems. Thoughts, fellow travelers?

As I sit here on a weekend, waiting for the plumber to take his interminable time to arrive (three hours late, thus far), we have some decision-making to do. As hoped, the work schedule cleared up, freeing the way to commit to some June 2015 dates for our next mountain climbing endeavor. And I’ve already contacted the guide company that successfully led us up Elbrus, so that’s done.

But here’s where the itch of mountain climbing – or you could say hubris – sets in. It turns out for an additional four days and a few more dollars, we not only could climb Cotopaxi, but also climb Chimborazo – the highest mountain in Ecuador and one that reaches my long dreamed of goal of a 20,000 foot mountain. Well, long dreamed of if you count 2011 as a long time ago, since that’s when all this started. This would mean acclimatization hikes up Guagua Pichincha and Illiniza Norte, followed by Cotopaxi at 19,348 feet and three days, later – Chimborazo.  At 20,564 feet, Chimborazo is harder than Cotopaxi.  It’s one degree south of the equator, and because of the bulge of the earth, is the farthest point away from the earth’s core and the closest point to the sun. Hubris is the right word. Think Icarus.

I hadn’t really considered doing the extension.   But then yesterday, in the midst of multiple levels of work related issues and general lawyerly stresses – and perhaps in reaction thereto (what a good, lawyerly phrase) – I suddenly found myself saying, “hell, yes.”  Not out loud. But a lawyerly phrase, nonetheless.

If not now, then when? I’ll be 54 by next June. There’s no doubt that if we make this commitment it will require the highest level of training either the husband or I have tried to achieve.  Sometimes mountains – and summits of all sorts – whether at work or at play – throw the gauntlet down before you and just ask to be climbed, and climbed hard. But I still think I better have a serious talk with the guide company. 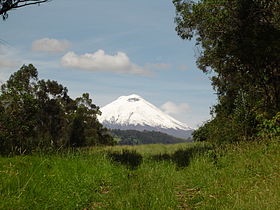 I’m still processing our Mount Washington hike. And I am increasingly struck by how little I actually want to go “real” rock climbing, which our present idea for a next adventure – The Grand Teton – seems to offer in abundance. I’m currently reading To the Last Breath – A Memoir of Going to Extremes by Francis Slakey.  It starts off with him and a climbing partner sleeping on a ledge on the face of El Capitan in Yosemite – roped, of course – only to have the webbing that held their “cot” fray and  plummet out from under them some 2000 feet down. Not for me.

But in contrast, somehow the idea of a 14 hour night into day slogging up and down a glacier on a volcanic mountain – even with the incumbent risk of avalanche, crevasses, and a slip that could turn into a never-ending tumble down – doesn’t read the same way to me.  I’m not sure I can articulate why a sheer granite wall feels so different than an expanse of deep white, but it does.  Perhaps the glacier seems something that simple determination can conquer; the other requires more innate physical ability and guts.

Whatever the case, all I can say is that narrowing our focus to a trip in June or July of 2015 to Cotopaxi, the second  highest mountain in Ecuador, with acclimatization hikes up Guagua Pichincha (15,696 feet) and Illiniza Norte (16,818 feet), is reinvigorating my training.  Today, having narrowly managed to dodge the paper avalanche currently threatened by thousands of documents on my desk, I climbed stairs for over an hour – seven times up and down my building.  Cotopaxi will be at least as hard as Elbrus, and there will be a sufficient amount of scrambling, especially, I think, on Illiniza Norte, to satisfy any inchoate desire to climb up a pile of rocks.

Cotopaxi is 19,348 feet, 7 feet higher than Kilimanjaro and about 800 feet higher than Elbrus.  Every time I have climbed a mountain I have always felt if I had a do-over I’d do it better the next time. But you don’t go backwards to a mountain. You just find a new one.