What does one bring on an eight day trekking trip to the Balkans, followed by a several day sojourn in Dubrovnik, you ask? Well, here’s some of what our merry band of hikers thought appropriate:

a deflated basketball (because one of us has a theory that former Yugoslavian countries will be rife with basketball courts and eager players), a pin to inflate said basketball, massive amounts of immodium (I had to convince that one that 48 tablets really would be sufficient and he didn’t need the 96-pack), reading materials to include Rue Morgue (I leave it to your imagination) balanced out by an astronomy magazine and Foreign Affairs, and a laser helmet (whose purpose I also leave to your imagination).

And here are the destinations from whence we are all coming (some of us took some pre-vacations, as you can tell) – with the hope that we will all converge within a 12 hour window in the town of Pristina, located either in Kosovo or Serbia, depending on what map you are looking at: Orlando, Austin, Boston, Athens Greece, and Istanbul. 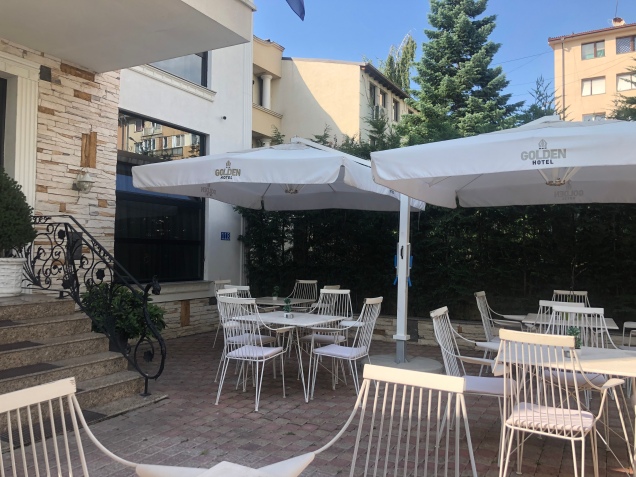 This is a live and happening blog post as I write from the patio at The Golden Hotel in Pristina, likely one of the least touristy cities there is. And correspondingly cheap. Lunch for six was under 20 euros. The first wave of arrivals has all made it successfully, even though two mistook the sign for the prayer room at the Istanbul airport for the rest room sign. Oops. We are all going on over 24 hours with nothing but airplane sleep, but still managed to stagger down through the neighborhood we are in to the main drag.

It’s a pedestrian area, low rise buildings in various states of renovation and dilapidation. Kosovans seem happy to see us. Note the 4th of July banner! 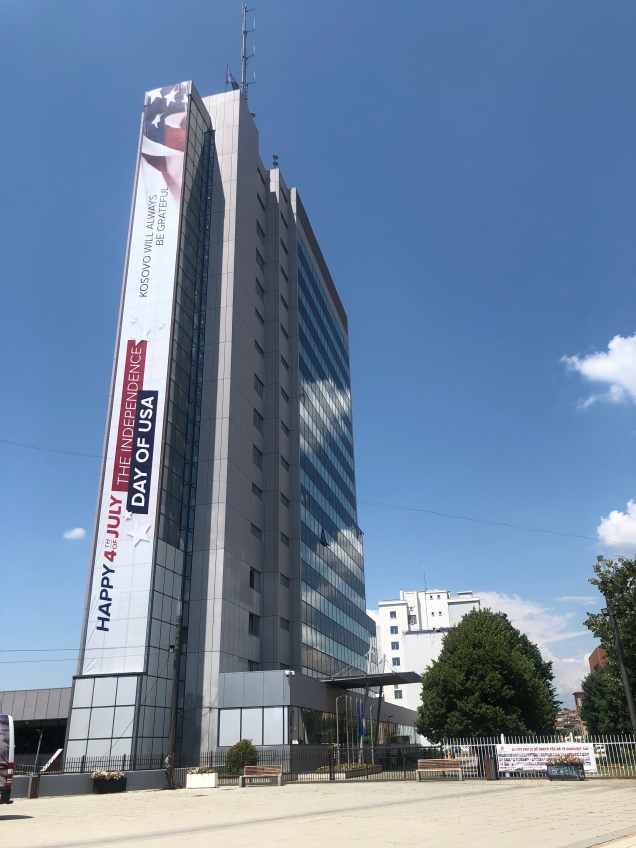 But it’s an absolutely beautiful day and I believe it to be Saturday. The main activity in Pristina seems to be hanging out at cafes drinking coffee or beer or wine. So, we are appropriately entering into the spirit of it all as we recover from what can only be described as a grueling day of travel.

Tomorrow- Peja and the trek begins!